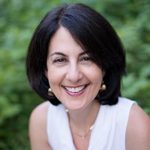 To arrange an interview, speaking engagement or a book signing  with Dr. Freiberg, please contact:

WATCH THE LONELINESS SYMPOSIUM MOVIE FEAT. A SPEECH BY J.W. FREIBERG AT THE John F. Kennedy Presidential Library - CLICK ON VIDEO BELOW!

J.W. Freiberg is an accomplished public speaker, having been both a university professor and a trial attorney.  He has lectured widely at universities and academic conferences throughout the western world.  He has also argued cases before all levels of the state courts of Massachusetts, and represented clients pro hoc vice in the trial courts of New York, New Hampshire and Connecticut.  Freiberg has appeared before numerous Federal Discrict and Circuit courts, and is a member in good standing of the bar of The Supreme Court of the United States

Freiberg was formerly Assistant Professor of Sociology and Director of Graduate Studies in the Sociology Department of Boston University.   He presented academic papers and talks throughout the U.S. at such Universities as Harvard, Princeton, UCLA, Rutgers, University of Kentucky, University of Wisconsin, etc.  He has given talks and lectures in Europe, including at The University of Paris, the Frei Universitaet of Berlin, the University of London, and the University of Rome.  On two occasions, Freiberg presented his work at the World Congress of Sociology, once in Varna, Bulgaria and years later in Uppsala, Sweden.